Making it to Kracker Barrel

I woke up early and peaked out to find that I was still socked in with fog. And it was blowing misty rain at me. It had rained a good amount last night in the evening, but didn’t seem to go through the night. There were some pretty strong wind gusts though. I packed up getting wet in the process. My poncho struggled with he wind, blowing all around me.

Once going, the trail went down. It seemed to becoming clearer, but I was also heading into a green tunnel of trees.

Everything was wet and dripping in the trees, but pretty neat. I was excited to have noticed and captured this cool web. I don’t much like spiders, I don’t like them at all, but props to the one that made something so beautiful!

After descending a ways, I had a big climb back out of the trees and eventually popped out here…

And then the trail hopped over that ridge and I got a rad view of Mount Rainier!

This was near the high point for the day, which just had lovely views all around. Here’s one looking back as I waved goodbye to the stupendous Goat Rocks area! 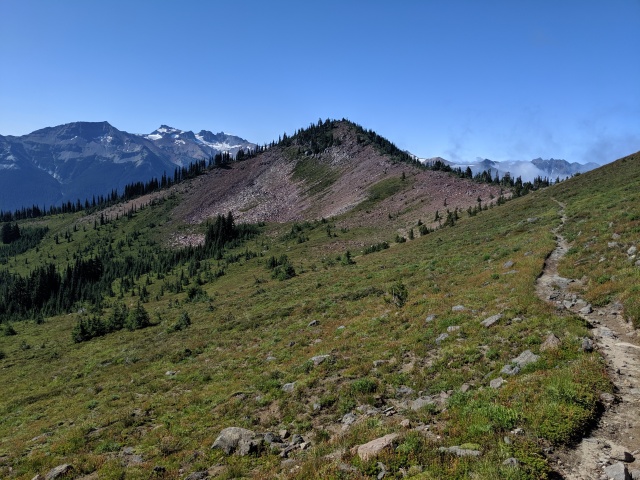 There was a purdy shimmering lake up there too… 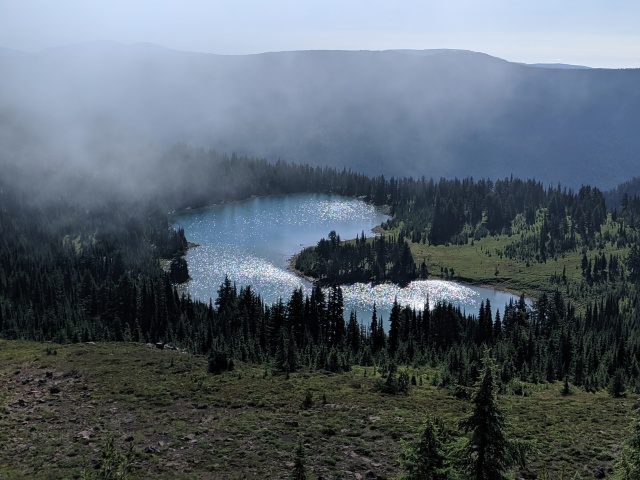 I spent some time at the top ridge and then crossed over to make my way about 6 miles or so down to White Pass. 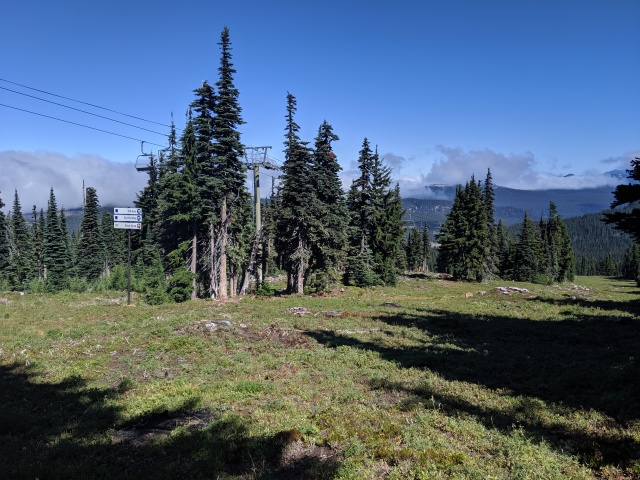 About a mile from reaching Highway 12 I passed a hiker and did a double take. We exchanged the typical, “Hi, how are you?” and such but that was it. I realized as he passed that it was a guy a lot of us PCT’ers followed on YouTube, Second Chance! Rather than call back and make a big deal out of it I chose to just let him hike on in peace, but I was happy to have run into him.

I made it down to the highway and then did a half mile walk to the Kracker Barrel, which was not what I or what I’m guessing you were expecting… 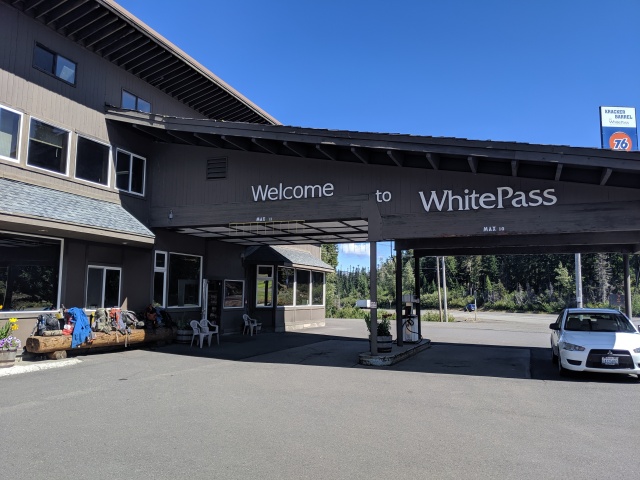 Its more of a gas station that is very nice to us hikers. I’m going to keep things short and say that I hung out the rest of the day and ended up tenting behind their building. Snickers was there too but he pressed on around 4-5pm. We planned to meet up at the next stop, Snoqualmie Pass, about 4-5 days away if i don’t catch up prior. Before he took off, we got a surprise visitor… Trojan Warhorse must have been crushing it!

He stayed and chatted for a while catching up, but then was feeling a town visit was necessary and so hitchhiked intobm Packwood to get a hotel for the night.

I spent the rest of my time ordering a large pizza that I had to recruit other hikers to help finish. Didn’t have a problem finding additional eaters. Nice night hanging at the White Pass store!